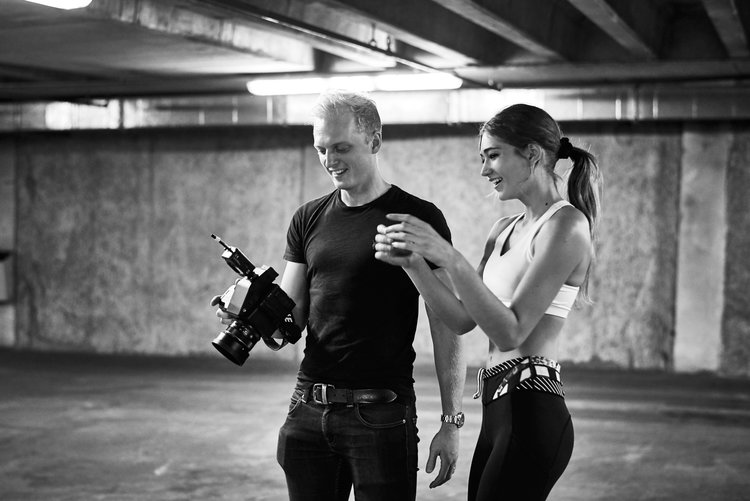 …..
Matthew Joseph is a London based photographer whose commercial work sees him shooting across the advertising, editorial and corporate industries for brands, creative agencies, publications and selected NGOs. We sat down with Matt to find out more about his work, and experience shooting with the Phase One XF Camera System.
…..

What’s your background in photography?

“I didn’t want to be in the family holiday photos so at the age of 11 I took charge of my Dad’s manual SLR. That was it – felt very natural and normal to me and I kept on experimenting with photos throughout my teens, shooting my first wedding at aged 16. I kept photography going along side my studying and career in music but then I made the full switch to photography about 5 years ago.”

“I didn’t always want to be a photographer, I have many interests in different things – I think deep down I’m into business as much as anything, but I’m wired as a creative. This is a great combination of those two things. I realised when I was 15 that I could perhaps improve on the photos that the yearbook photographer was coming in to take of groups of friends etc. I took my camera in, took a punt – got people gathered, took orders, brought in the prints a few days later and sold them for good profit.

I think what naturally really drew me to photography was landscapes – it’s what I had around me growing up on the Norfolk coast, I’d chase sunsets on my bike in the summer and then holidayed in the Lakes and Scotland quite a bit – I just shot what I saw, whatever was in-front of me, I found a way to enjoy it. Then for a long time the plan was to go into the RAF – I was a big plane geek and went to a lot of airshows… so naturally aircraft became my subjects. Then I went to music college and musicians became my subject and so it goes on!

I was fortunate enough to have just been old enough to learn everything on film. The magic and mystery of learning this way, completely self taught with no Youtube to learn from – just playing around taking pictures of things: people, flowers, insects, planes, landscapes… then getting the negs back from the developer and thinking ‘oh… what did I do wrong there’ or ‘brilliant, it worked – but why!?’ (no metadata back then!). So I was really drawn into this process, which was then heightened when I got into developing and printing myself in the dark room at sixth form college. I got a great sense of achievement out of being able to capture a moment which stays around forever.” 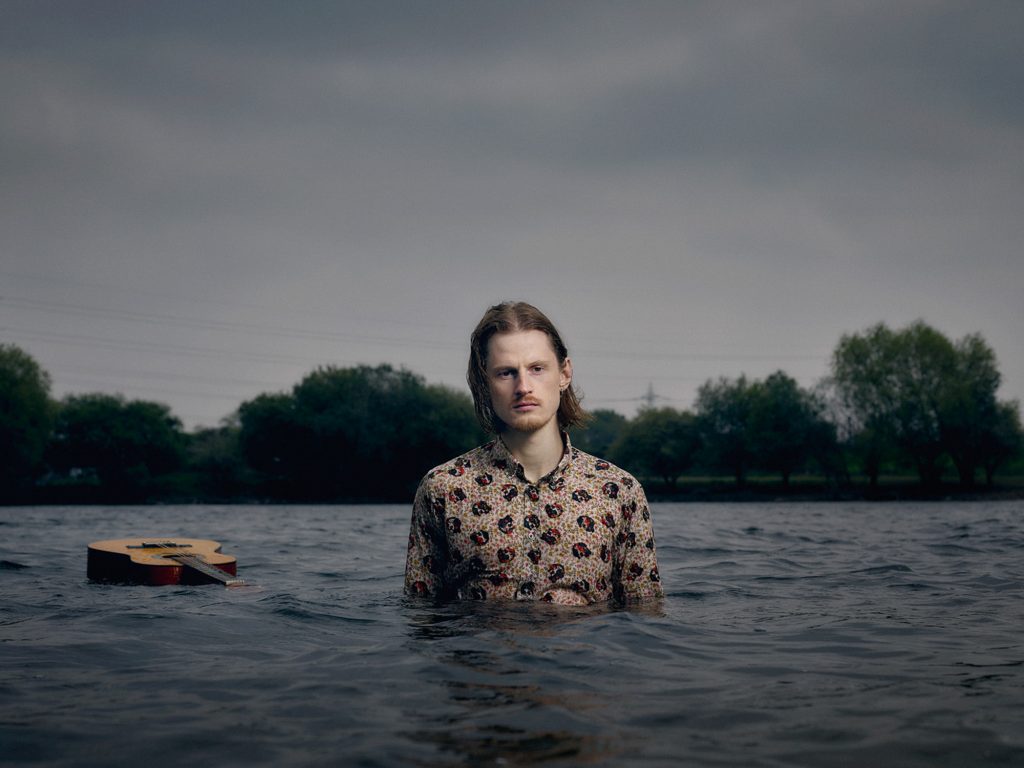 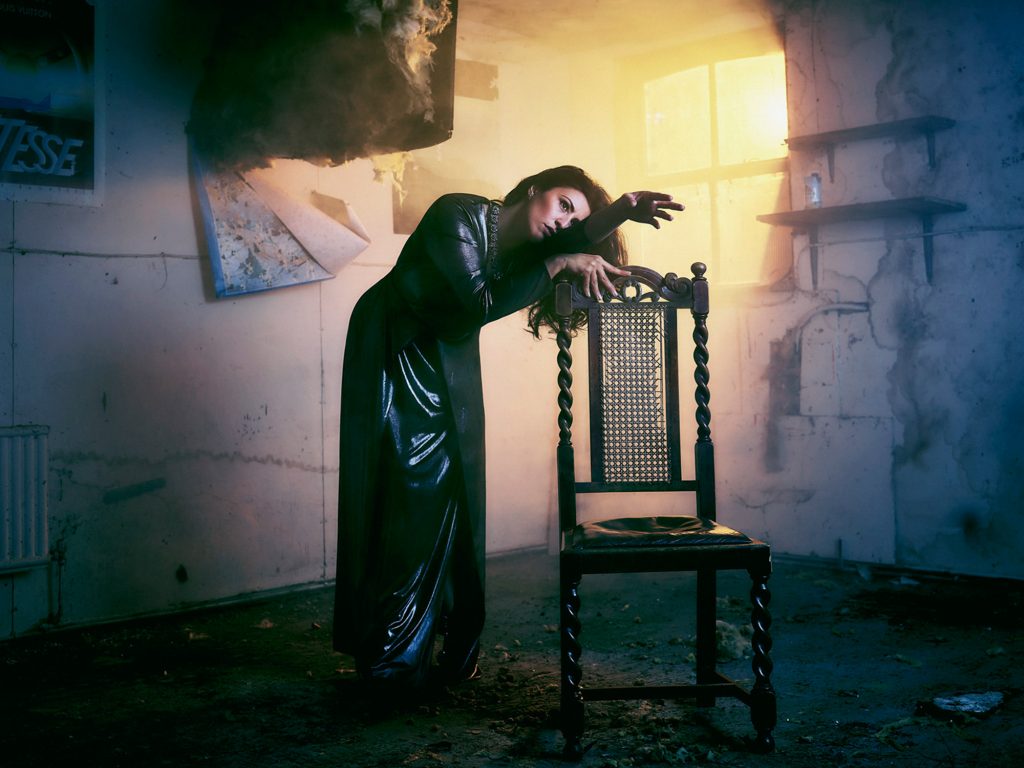 What kit do you use? How does this lend itself to the work you shoot?

“I have a load of different gear all for different reasons. I invested into the Phase One system about 18 months ago, but I also shoot DSLR for certain stills and motion jobs.

The Phase One system is definitely at the centre of all my gear – it’s the big beast that I love using as much as I can. Initially I wanted Phase One for my portrait work – it just gives something that you can’t explain, until you use it. For a while I just shot with the 80mm permanently attached, but then as I wanted to use it on more varied shoots I’ve since invested in the 55mm and 150mm lenses too – the three of them give a nice range.

I also love shooting film (but more recreationally than commercially) – for this I use Hasselblad 501, Leica M6 as well as a Bronica ETRS, Nikon FE and Pentax MX.” 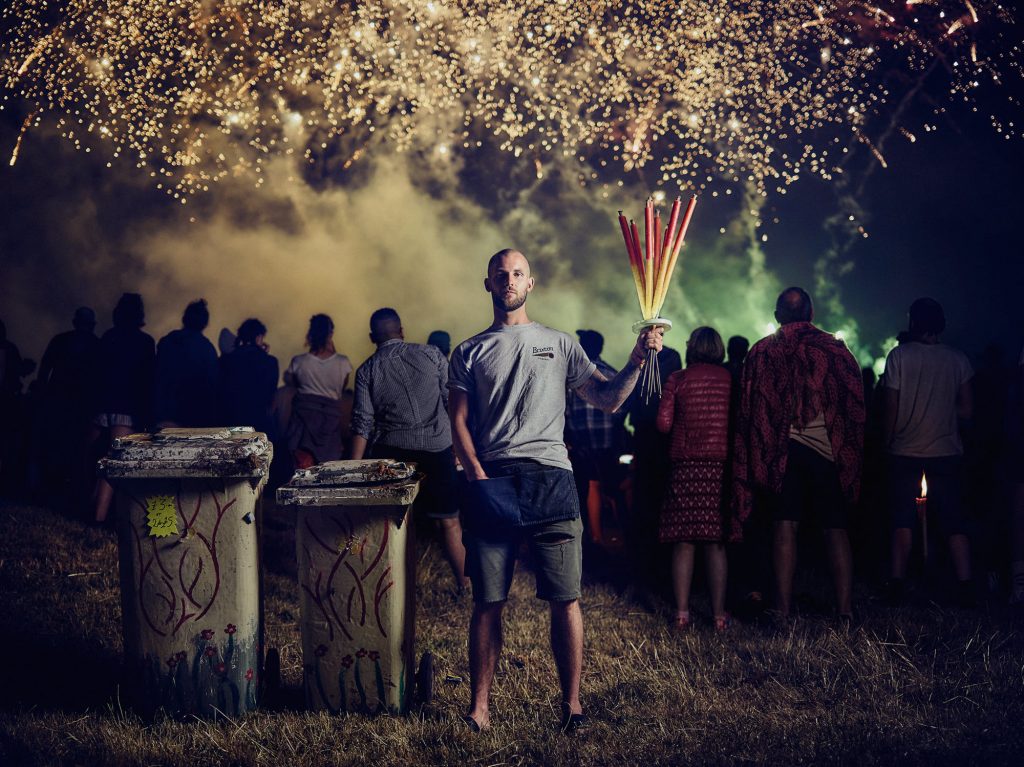 How do you ensure you produce work that stands out from other photographers working in your field?

“Realise as soon as possible that a technical ability only gets you so far, the rest is interpretation and creativity. Find a new angle, new approach to your subject matter. Yes, sometimes that can be using a certain technique but what I’ve learnt is that (at least when it comes to shots of people), viewers are looking for raw, emotion, authenticity, something that surprises them or reveals a familiar subject in a new light.”

What was it that made you invest in the Phase One XF system?

“Despite what I’ve mentioned about standing out not being a technical thing, the tools you use do have an impact on the result – even if it’s just the way you shoot, rather than the way it looks at the end. I really wanted to stand out from the crowd and ultimately know that I’m using the best possible tools for the job – because ultimately I want to be at the top of my game and buying gear is something you can actually have some control over, so why not go for the best? I took a gamble going into this, but seeing photographers I admire shoot medium format, I thought – well if they’re doing it, there must be something worthwhile! Digital medium format really is something you can’t appreciate until you start using it. There are two big factors for me:

1. The way you shoot. It slows you down, limits you (this can sometimes be frustrating but I try to use it to my advantage), makes you become more creative, think more about your shot and composition and makes you breathe a bit more whilst shooting. The sound of the shutter going is a beautiful thing!

2. The ‘look’ of the images. I need good resolution in my work, but it’s not the defining factor – it’s more character that I’m interested in. The Phase One actually brings something to the party. Digital photography can be so sterile and perfect and DSLRs can now pretty much see in the dark. Yes the info they gather gives you options to take it anywhere in post, but I want to be getting something from my camera, the Phase One gives me this. The fact that you then also have a huge dynamic range is a massive bonus. Everything you learnt about aperture has to go out the window, start from scratch – I’ve shot close up portraits at f22 and still seen one eye in focus, one eye slightly out. But use this to your advantage, the bokeh is just unlike anything else.

To sum it up, I can’t really describe it that well – you just need to use it, whether that’s shooting street photography around Williamsburg, portraits on a Nepalese mountain-side or shooting an ad in a studio. It’s just different, it’s just better.” 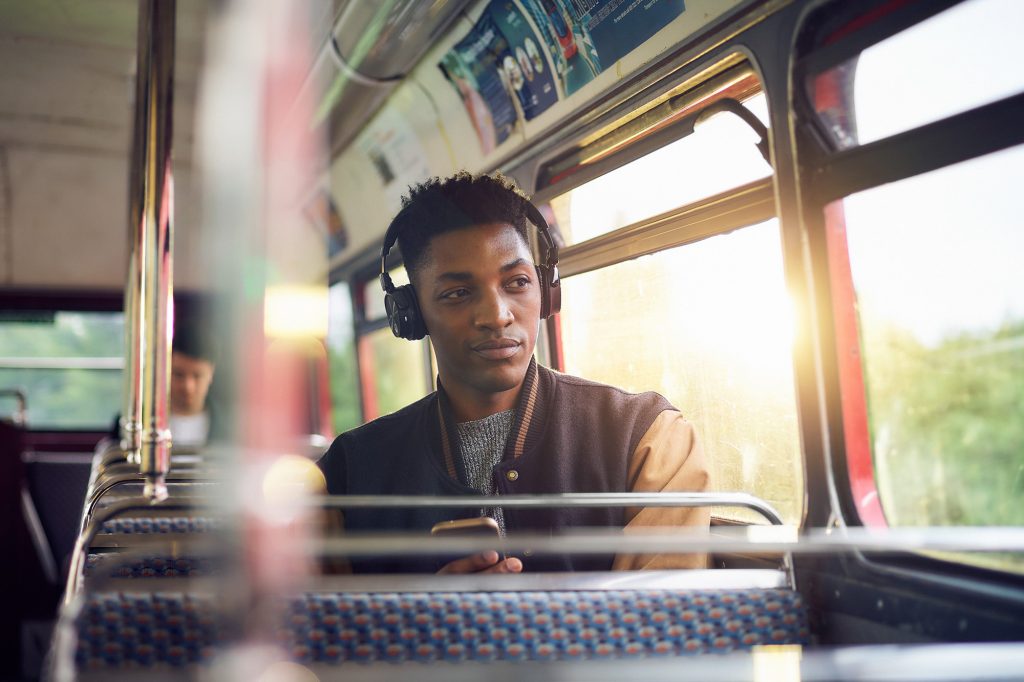 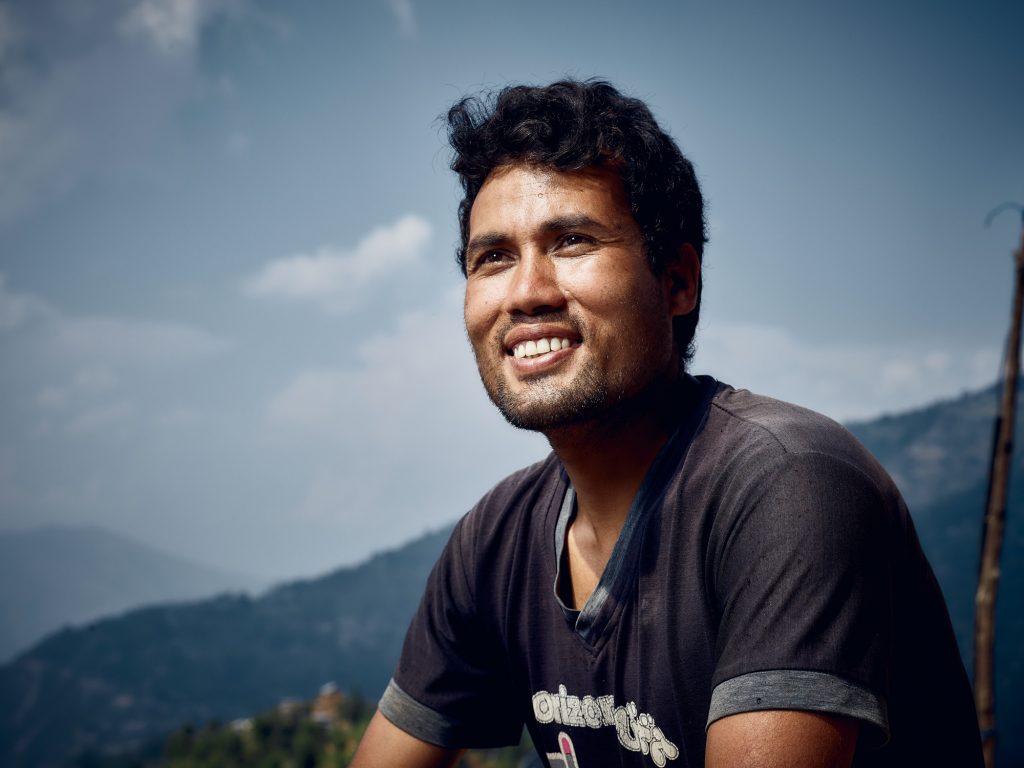 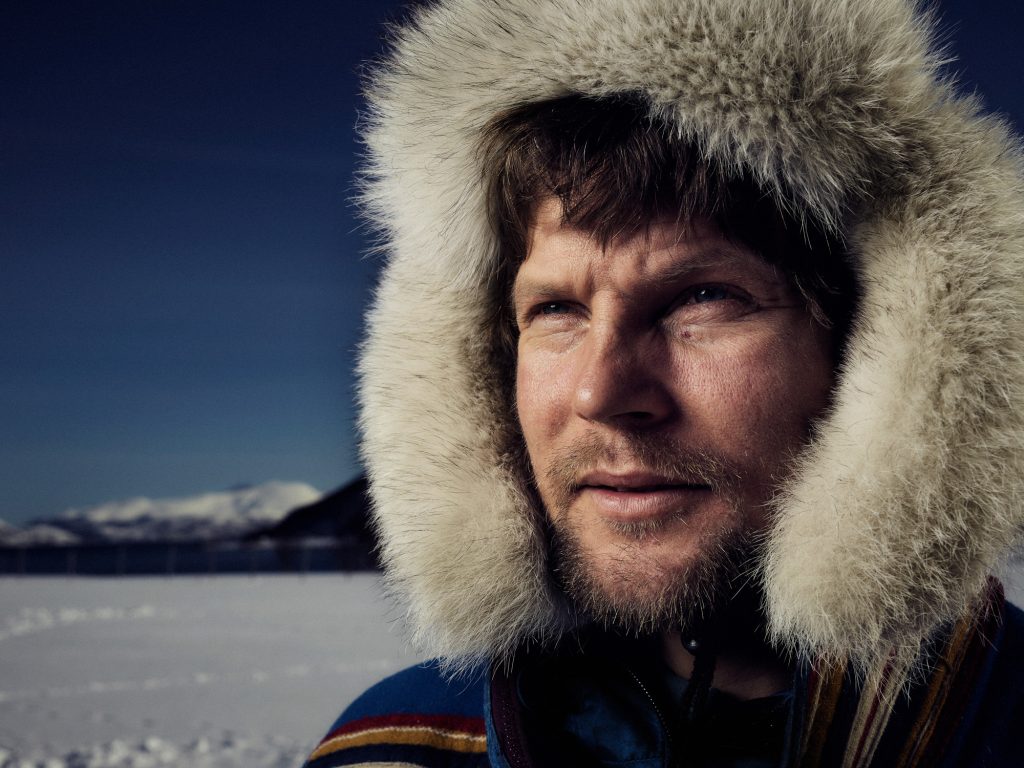 Has it benefitted your work?

“Yes. It’s also created challenges. You have to change the way you think about speed, aperture, focussing etc but really that’s been a huge blessing to my portrait work. Funnily enough one of the biggest benefits is the conversations it creates when you pull it out. Often I photograph a lot of wealthy people and if they’re into photography in the slightest, they’re going to have the latest Nikon/Canon DSLR so when you’re photographing them with it as ‘the expert’ – they’re thinking ‘I have that camera!’. Pull out a Phase One and it’s more like ‘what is that’. The subject or client feeling like you’re using the best in the world, not available on the high street – well that just makes everyone feel good.

Also, tethering is brilliant on the XF. Having the proper sturdy USB input is a dream compared to the flimsy useless USB3 connection on DSLRs.

In my environmental portraits, the colours and detail it captures often help me see more of what was there, when I’m in post. It inspires ideas of where to take the processing – which is always useful. Basically I see digital medium format as the nearest thing you can get to shooting on film in the digital world. The latitude the sensor has is such a joy, compared to the very binary sensors in many digital cameras – by that I mean you either get highlights or shadows, you can’t have it all without some processing. Film has this forgiveness which is really ‘un-digital’ and beautiful, Phase One have got us very close to that for the digital world.”

Do your clients see the difference in the image quality you get from Phase One?

“They do love it when you do a quick 100% zoom – the sharpness and detail being a bit of a party trick I suppose. I’m not sure clients fully understand and appreciate the camera but when they’re happy with the final result and they remember I was using a camera they didn’t know about… they will put two and two together!” 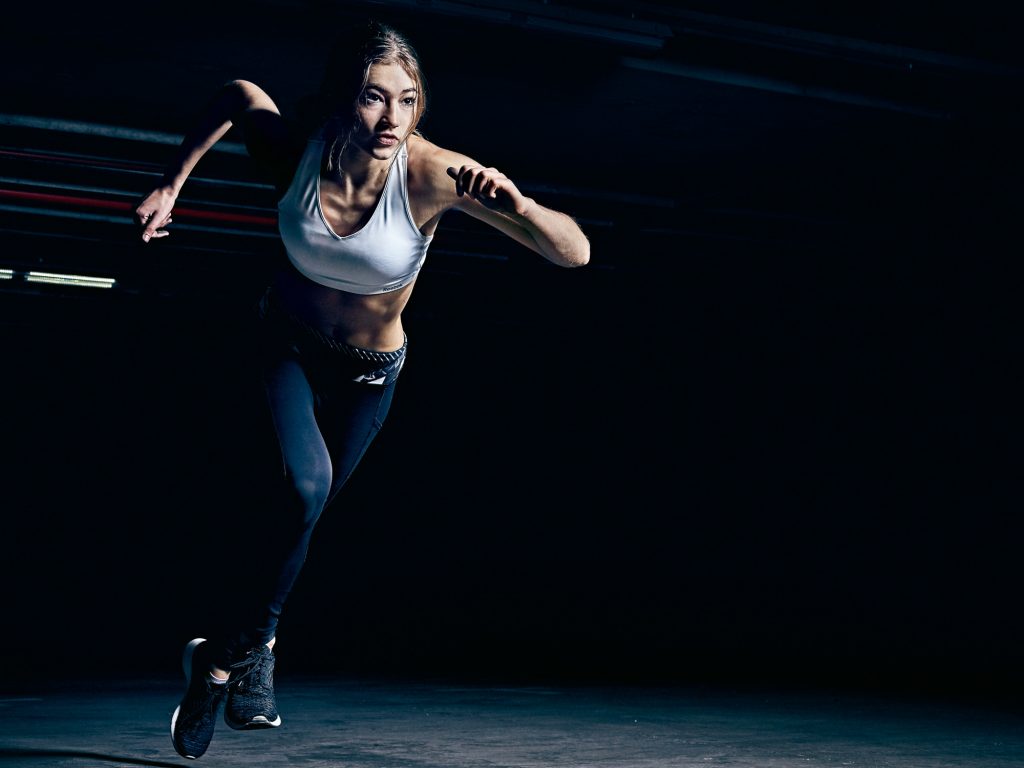 Do you have any exciting projects in the pipeline this year?

“Mainly releasing much of what I shot last year. Lots of commercial work but I shot a lot of personal work as well, perhaps too much! This year is more about taking stock, getting it out there in the right way and resetting to get ready for the next batch. Always have my eyes open for the next bit of inspiration!”

More of Matt’s work can be seen at www.matthewjoseph.co.uk or on his Instagram.

If you have any questions about the XF Camera System, or any Phase One products, we are here to assist!

Making full use of Autofocus with the Phase One XF

Leave a reply Click here to cancel the reply

This site uses Akismet to reduce spam. Learn how your comment data is processed.

Win Capture One Pro 7 and other goodies!

The listed price of a product does not include delivery charges.

Prices on the website are inclusive of UK VAT at the prevailing rate of 20% if displayed in GBP (£) and exclusive of VAT if displayed in USD ($) or EUR (€),. Regardless of how the prices are displayed through the website, VAT will be applied only to orders shipped to the UK, and will not be levied on orders exported to other destinations. VAT will be levied or deducted from the prices at the checkout according to the shipping destination selected.

Prices are exclusive of all other taxes and duties. All orders are shipped on a DDU (Delivery Duty Unpaid) basis, meaning your order may be subject to local taxes and/or import duties levied by your local customs authority. We are unable to calculate the exact amount of import duties and taxes that your order may incur, as these charges are imposed directly by the destination country. Please ensure to check the final price of sale before submitting the order form. If you have any questions about import duties please contact our sales team prior to placing an order. International shipments are accompanied by a commercial invoice stating the value of the individual items in the currency of payment.