By day a commercial photographer, at the end of last year Ben Turner ventured to Everest on a personal project to document the Nepalese landscape and the people who call it home. Ben’s aim was to print large and with ultimate detail, so we got on board to supply him with one of our Phase One rental packages. 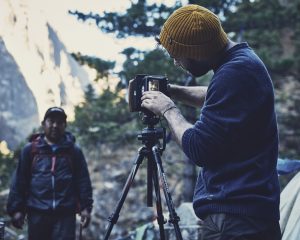 What was the background to the project?

“I always knew I wanted to go to Everest – I think it’s something many people dream of but never get around to doing. After talking about it for a while my partner and I decided to book the flights leaving 10 months to plan the trip. I knew I wanted to shoot something people hadn’t really seen before, but that’s not that easy when visiting the most famous mountain on the planet. I’m not much of a landscape photographer so even though I knew I would be photographing the incredible scenery what I really wanted to focus on was the people. From that the Faces of Everest project was born.”

How did it challenge the work you shoot professionally?

“My work is usually photographing extreme sports or fashion in the studio. At face value the project wasn’t too daunting, but this all changed when we started to dig our nails into it, and Everest had a few challenges we needed to prepare for. Those living on the mountain don’t have great English, and my Nepalese isn’t much! Directing somebody who doesn’t understand you is hard, so we realized early on that we’d need a translator.

With regards to kit – even after whittling down to the basics the bag was still heavy once the expedition essentials were packed in alongside. At 5000m altitudes, even the lightest kit feels like a sack full of lead, so after a few meetings I went with the Phase One IQ3 50MP, Cambo WRS-1600, Rodenstock 40mm f4.0 HR Digaron, and 90mm f5.6 HR Digaron”. All this kit was supported on a Manfrotto Befree Carbon Fibre tripod kindly loaned by the Vitec Group. 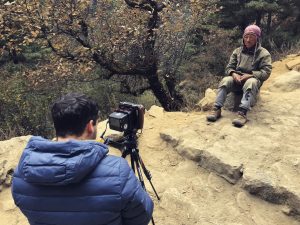 How did this kit suit the nature of the project?

“Having a camera that is inherently slower than the usual set up meant we wouldn’t be rushing shots, and also meant the photo had to be really amazing for us to want to stop, get the camera out and set everything up. Even though this set up did slow us down, it gave us some absolutely stunning files, which were crafted instead of just shot quickly. Having this set up fitted in rather well, as Laura would interview the subject while I’d set up and shoot a test frame, meaning the subject was relaxed by the time I got to them.”

What systems do you usually use for your work?

“I am normally a Nikon DSLR guy, though while I assisted I was always playing with the Phase One system, and I use Capture One Pro as a standard. Working with the Phase One digital backs is a real pleasure, and the IQ3 50MP gave us lots of pixels and dynamic range. This range is super useful when shooting without flash, as we were sometimes up against some very high contrast light.” 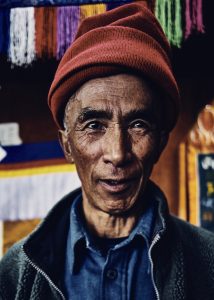 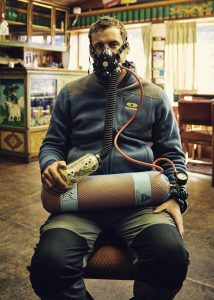 What is the intention with the project?

“We want the images to be exhibited, but the initial plan is to drum up some attention through magazines and some talks at universities. Eventually these images will be printed large, so keep an eye out for them hanging somewhere soon!”

To see more of the Faces of Everest project, which was sponsored by Finisterre Clothing, visit his website and Instagram.

The listed price of a product does not include delivery charges.

Prices on the website are inclusive of UK VAT at the prevailing rate of 20% if displayed in GBP (£) and exclusive of VAT if displayed in USD ($) or EUR (€),. Regardless of how the prices are displayed through the website, VAT will be applied only to orders shipped to the UK, and will not be levied on orders exported to other destinations. VAT will be levied or deducted from the prices at the checkout according to the shipping destination selected.

Prices are exclusive of all other taxes and duties. All orders are shipped on a DDU (Delivery Duty Unpaid) basis, meaning your order may be subject to local taxes and/or import duties levied by your local customs authority. We are unable to calculate the exact amount of import duties and taxes that your order may incur, as these charges are imposed directly by the destination country. Please ensure to check the final price of sale before submitting the order form. If you have any questions about import duties please contact our sales team prior to placing an order. International shipments are accompanied by a commercial invoice stating the value of the individual items in the currency of payment.